Kukje Gallery is committed to presenting the work of the most current and significant Korean and international contemporary artists. The project’s objectives are two-fold; to strengthen contemporary Korean culture’s presence in the art world and to sensitively integrate a state-of-the-art gallery space into an historic area of northern Seoul. Our contextual design responds with a balance of bold contemporary aesthetics and intricate traditional techniques.

A standard white cube gallery would be too austere for the historic urban fabric. We pushed all circulation to the periphery and enveloped the whole structure in a hand-fabricated chainmail veil, unique in strength and drape. Computational processes synthesized with traditional fabrication techniques created the bespoke façade of 510,000 metal rings. We worked with engineers at Front Inc. to develop the façade through research and testing, and was then produced by local craftsmen in Anping, China.

Sited amongst traditional hannok homes, the gallery is a landmark of a cultural campus, and assists in public wayfinding as it adds to a larger network of spaces and flows. The design’s sensitivity to the physical and cultural characteristics of its evolving setting extends from the calibration of spaces to precise detailing. The materials and patterning of the plaza and surrounding walls refer to cobblestone streets and traditional regional building techniques. The façade’s draped form echoes the surrounding rooflines. The mesh’s play of reflectivity and shadow gives the building mass a light appearance.

Kukje Gallery hosts robust international arts programming within a compact form. The gallery is a flexible platform for engaging with art. It transforms from an ambient day-lit space to a blackout space for projections and light-critical works. Lectures, films, and performances take place in a subterranean 60-seat auditorium. Support spaces such as offices, art handling facilities, and storage are tucked beneath the auditorium for greater flexibility. 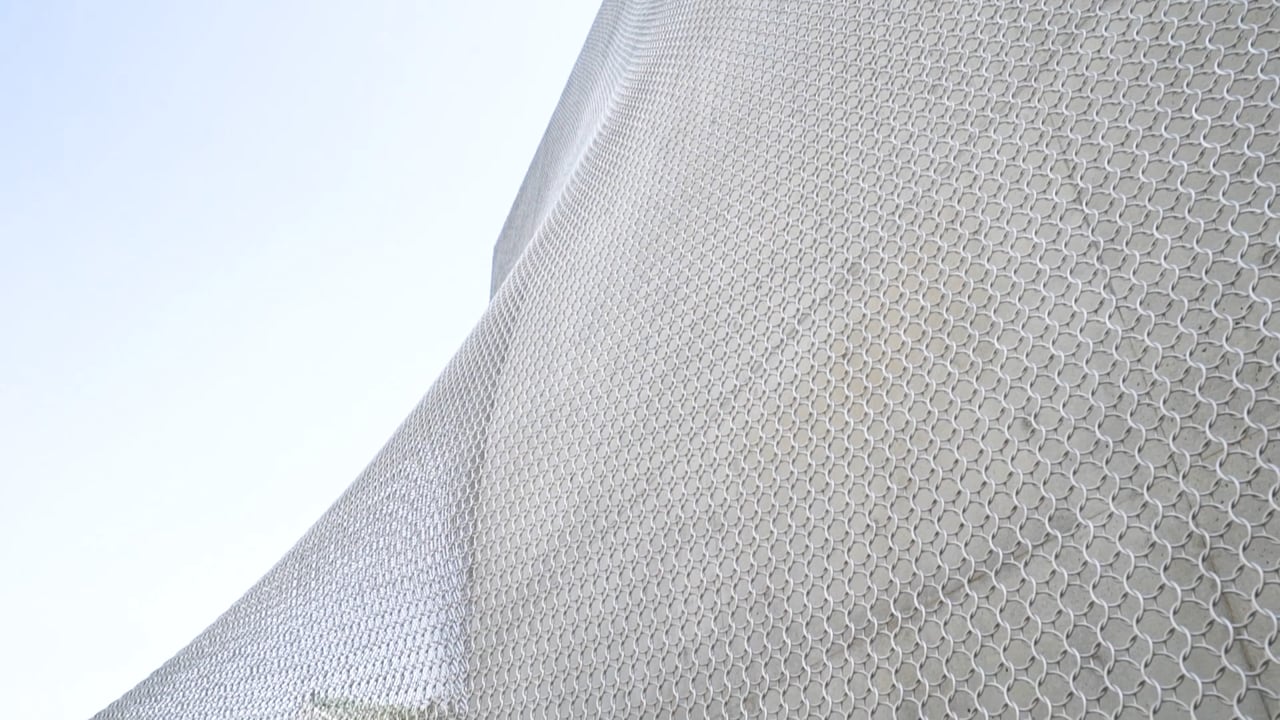 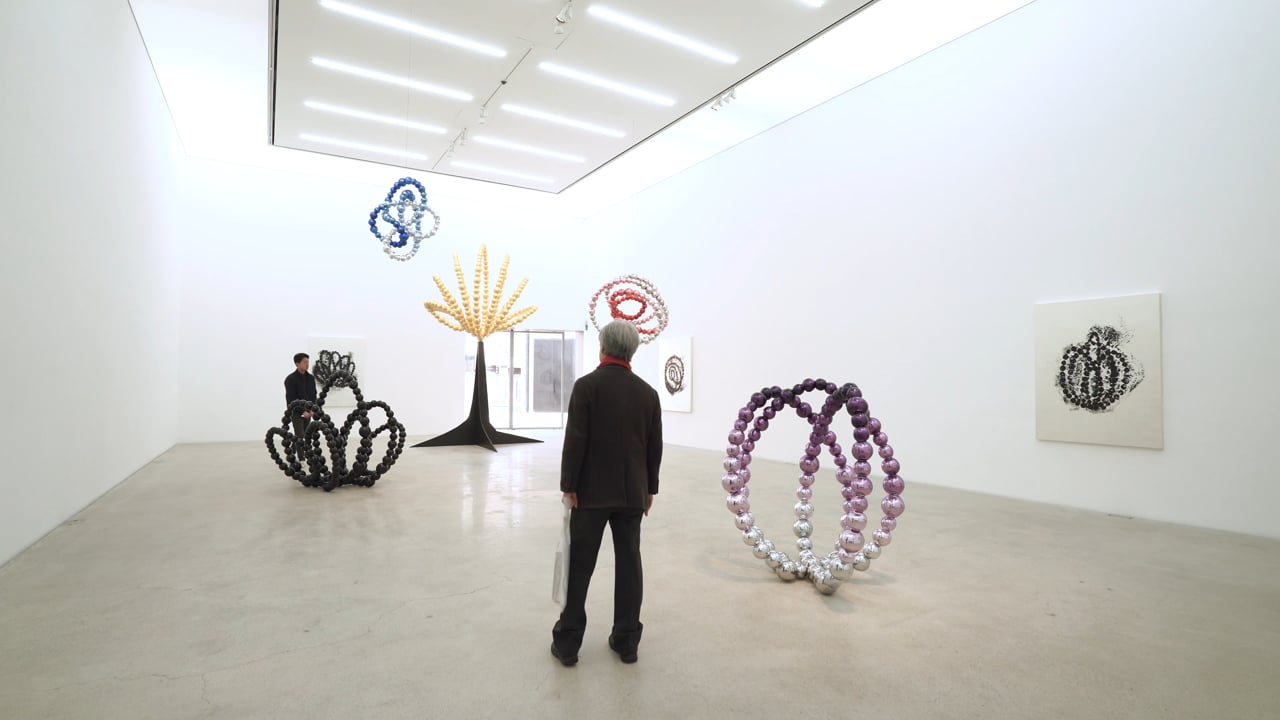 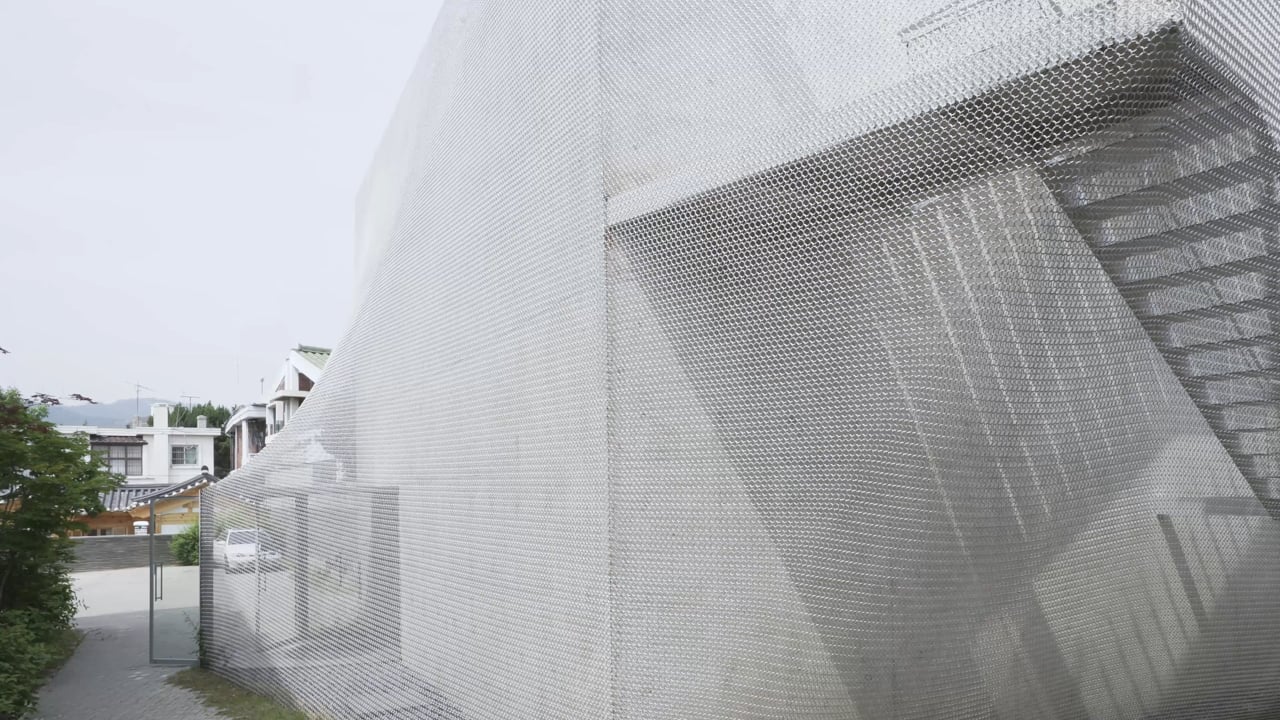